I thought I should give you an update since it is February and still no Treyvon.

I was on track to have Treyvon done on time when I had a friend read the first half for an opinion. She enjoyed the story but was asking questions about another couple that were playing an important role and I suddenly realized I was doing the same as with Grim and Wray’s stories, writing them out of order. Sooooo I set Treyvon aside and started on Nikhil and Mackenzie’s story.

It is nearly completed and edits are in the works. I’m not giving a definite date at this time because I hate to disappoint but I will promise to let you know asap when Nikhil is available for preorder. 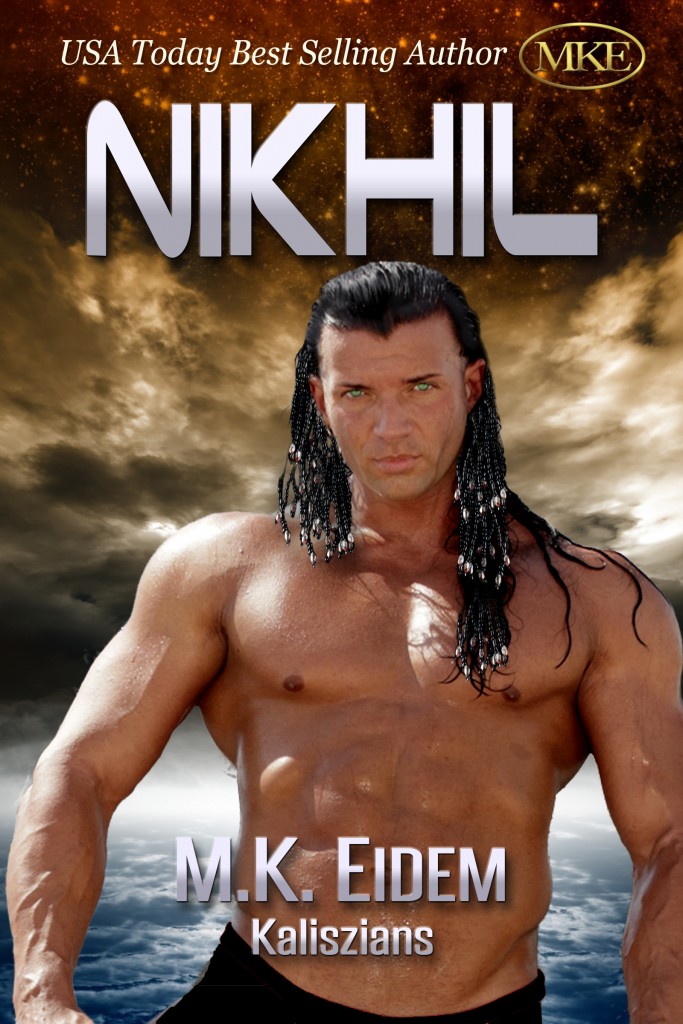 As the Squad Leader of the Elite Warriors, Nikhil Kozar was the largest warrior in the Kaliszian Empire. When a shuttle crashes on one of their planets the search and rescue mission turned into something much more complicated.

Mackenzie ‘Mac’ Wharton had agreed to guide a group that had wanted an adventure on her mountain. They got more than they bargained for when they were all abducted by a group of aliens called the Ganglians. Badly beaten and barely alive Mac finds herself in the arms of the largest male she’s ever seen. She should fear him, should be fighting to get away from him, but there was something about the massive male that called to her.

A traitor threatens the Empire… Someone wants Nikhil dead…. The Zaludians want Mackenzie back… And then there was the secret she is keeping…. Would it be the one thing that finally brought down the Kaliszian Empire? Or would it be the first step in its rebirth?

This site uses Akismet to reduce spam. Learn how your comment data is processed.

Oryon is out now in audiobook
Nikhil: Kaliszians Book 1

Be the first to read about upcoming releases, events, and reader exclusives. Sign up for MK‘s newsletter by entering your email address, below.